Alex holds a Bachelor of Fine Arts through Centralian College, Alice Springs.  Having spent formative years in Alex Springs, a considerable amount of her work shows influences from that 'Centralian' environment.


Immediately below,  works from recent trips to Alice Springs : 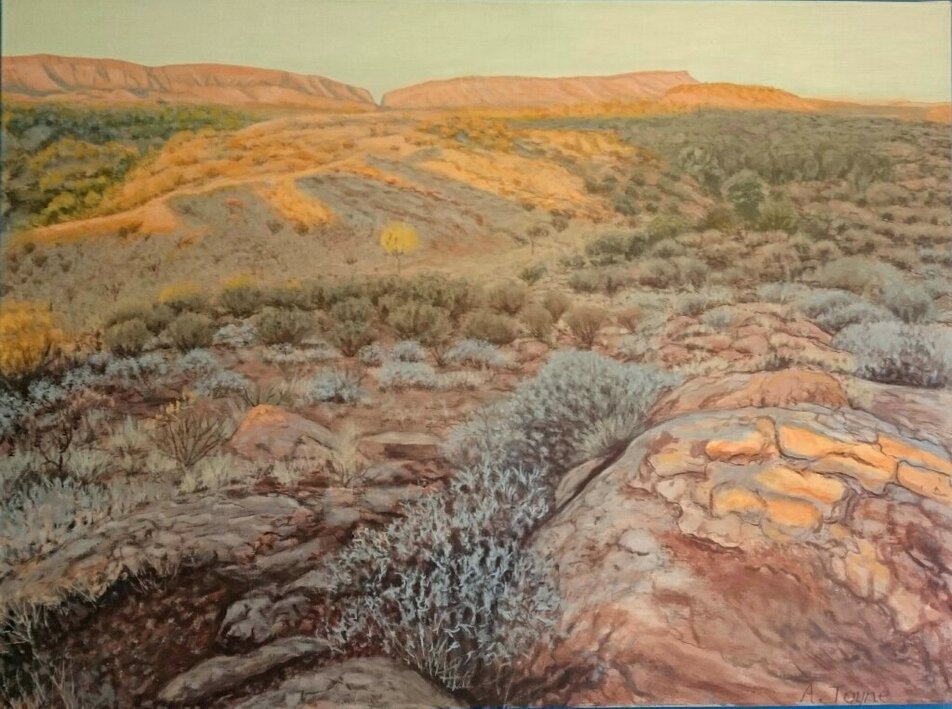 "Walking, early morning", acrylic, 91x122cm; the view across Alice Springs to the West as the first rays of sun light up the Macdonnell ranges.

"The two diptychs above are of country east of Alice Springs, in acrylic, one at midday and one at evening time, from photos taken on my 2015 visit.

The third (below) is an aerial view of the desert from the same plane trip up to Alice, which is starting to indicate a much "bigger picture" that I will be exploring further." 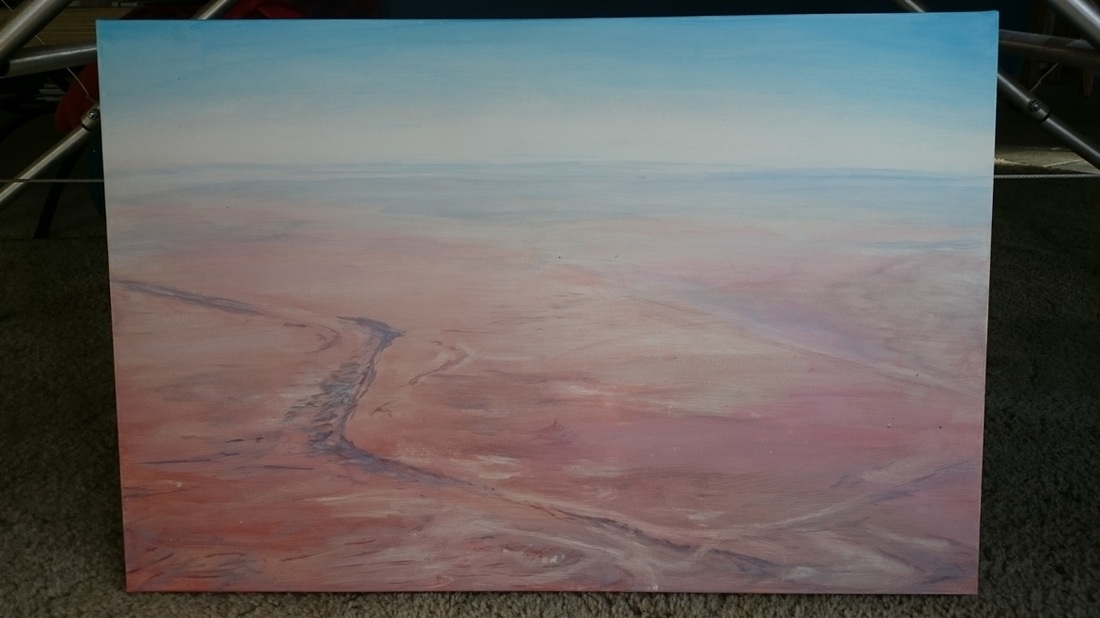 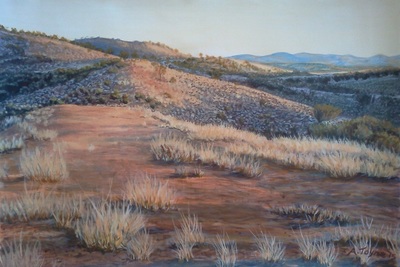 Alice's West Side Hills at Sunrise (1) 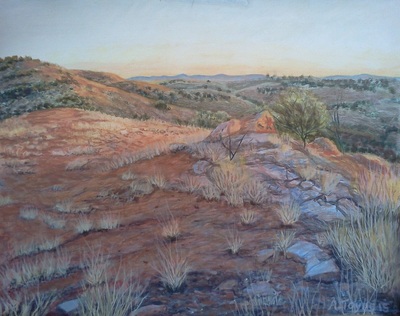 Alice's West Side Hills at Sunrise (2) 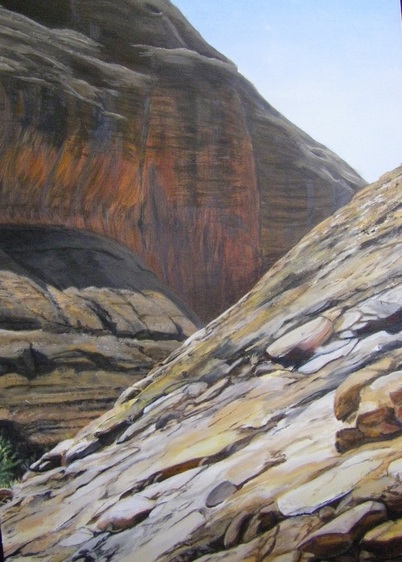 "Valley of the winds" (from Kata Tjuta/The Olgas) 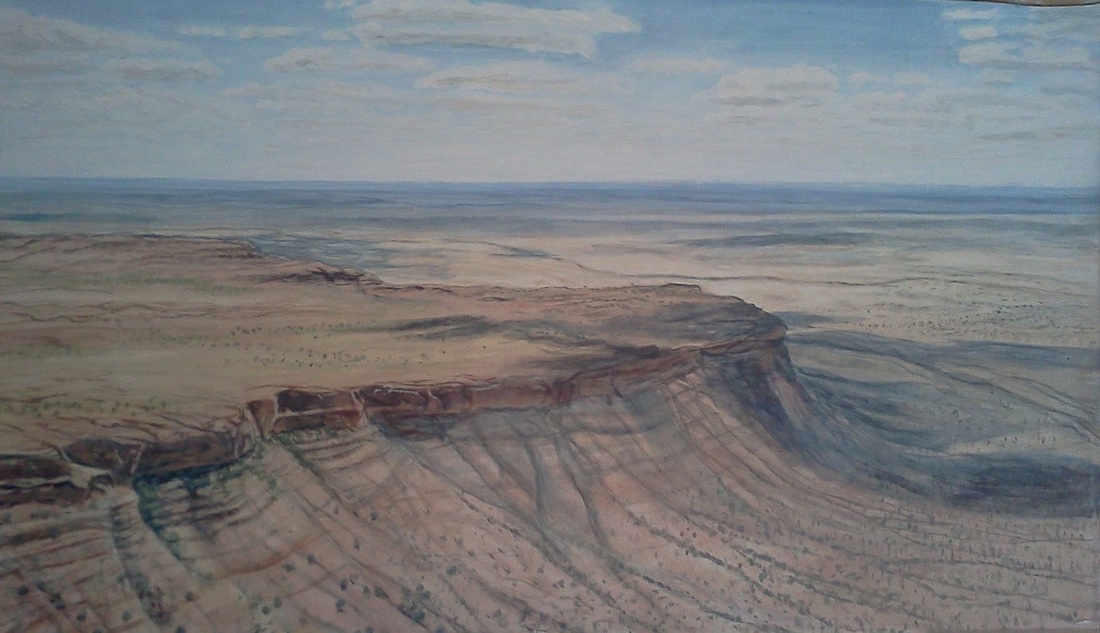 ﻿I was born in Melbourne in 1976, and when I was four my family relocated to the Northern Territory where we lived in a caravan at Three Bores, Utopia.

A few years later we moved to Yuendumu community north-west of Alice Springs where I completed primary school. In 1988 I was sent to boarding school in Victoria and five years later I came back to Yuendumu relieved to be home.

Throughout my youth I loved to draw in my spare time, cartoons reflecting life on community and people close to me, and then angry images influenced by heavy metal music as a teenager. After high school I moved to Alice Springs to study fine art at Centralian College (now Charles Darwin University). I found inspiration through what surrounded me on a daily basis: everyday objects, Alice Springs townscape and the bush around town. It was invigorating to walk around the Northside hills and to go camping in old dry river beds with friends and family. A further influence came from the landscape drawing classes which took us out of town into dry rocky hills and gorges. In 1999 I completed a Bachelor Degree with a major in painting. Although I am not a career artist, art has always been part of my life and is my chosen form of expression, and Central Australia is my enduring subject.

I have spent most of my life in Central Australia, and I make reference to the land as “country”. It is an enduring force which forms a large part of my identity. For the last four years I’ve lived in Adelaide and the urge to paint Central Australia has led to a large body of work. I discovered that “Country” is within.﻿ 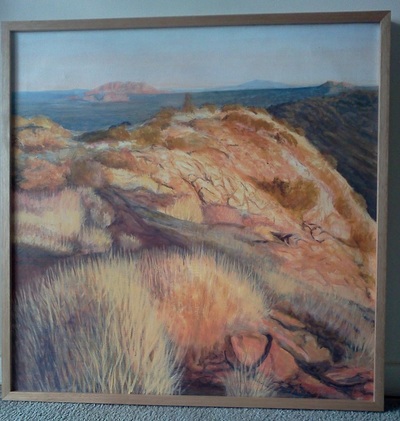 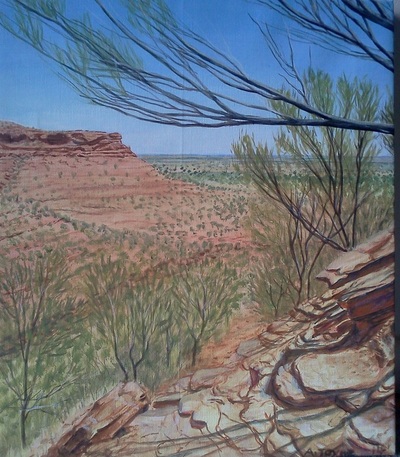 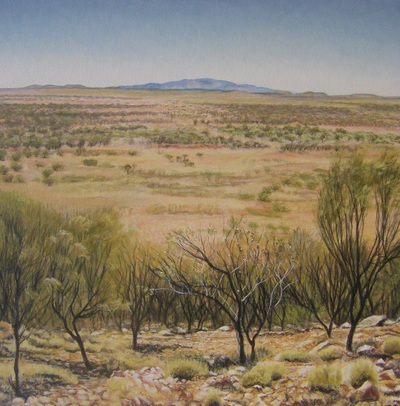 "Across the Tanami" (Valley of the Yuendumu Community) 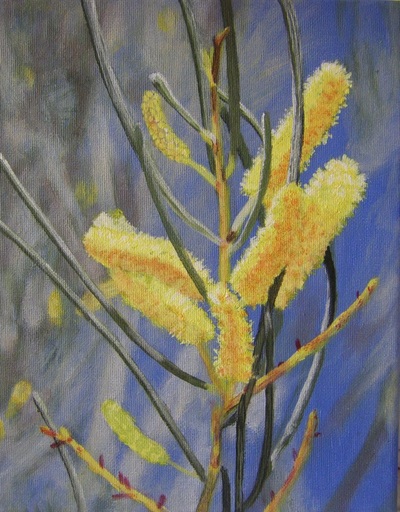 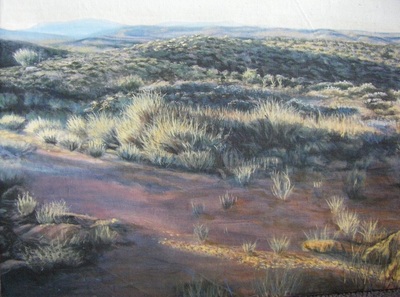 "Blue Hills" - the north side hills of Alice Springs 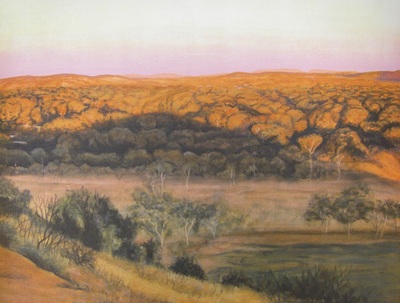 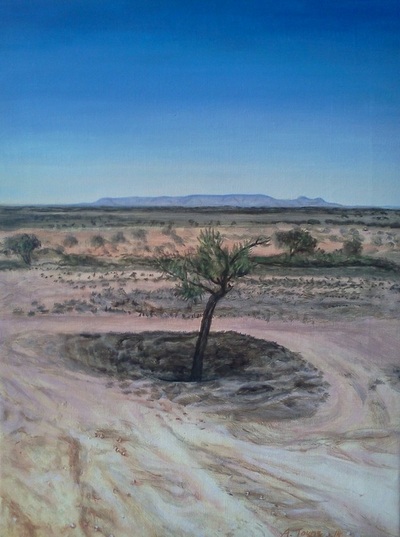 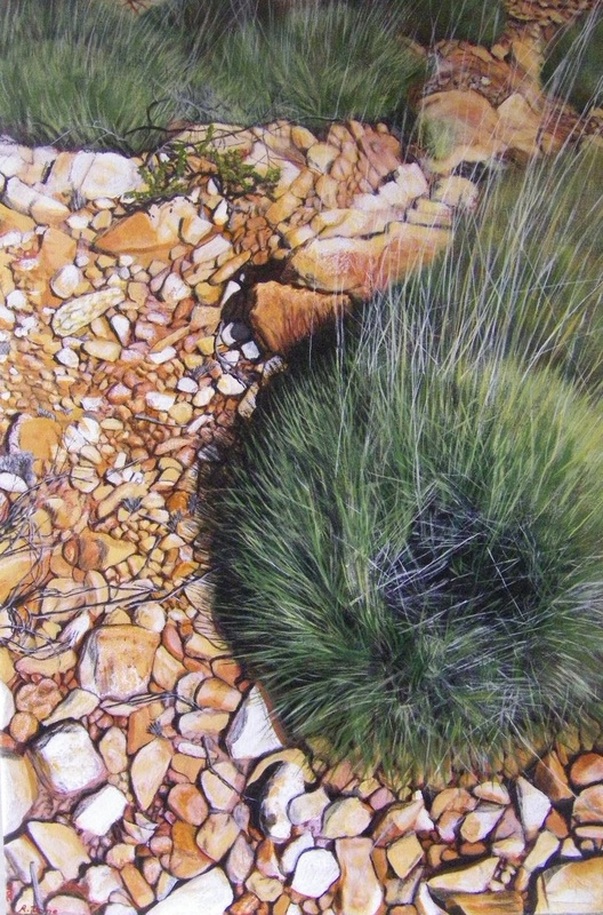 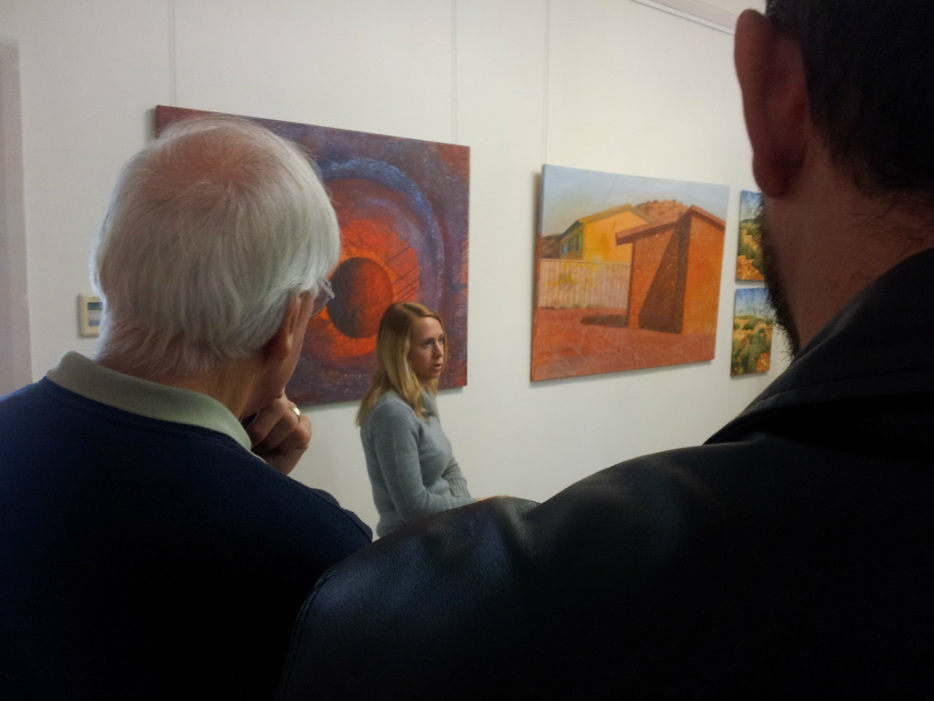 From Alex's ArtsNorth
exhibition ..
- a compelling abstract,  and an evocative, stark depiction of housing in the 'red centre'
click for home